The demise of government? 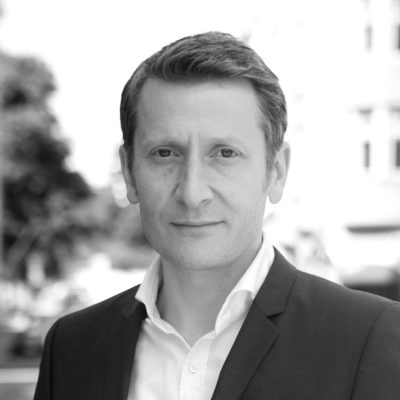 Marco is based out of Helsinki, Finland and shares an office with Esko Aho, former Prime Minister. Both share a deep interest in helping governments transform themselves to meet 21st century challenges.

To be viable in the future, governments need to go beyond redesigning the way they conceive and deliver new solutions - they need to innovate the model of government itself, argues Marco Steinberg.

On September 20, 2008 the world witnessed a most unusual press conference by then-president George W. Bush. But for many it may have passed unnoticed, it seemed a perfectly normal reflection on the economy. But it revealed a more problematic underlying struggle; the viability of our current model of government.

It was the height of the subprime crisis; we were at the cusp of the global economic cliff. From the White House lawn, President Bush spoke to the American public about this unfolding predicament. We would later realise that the problem was larger than had been originally thought, with much deeper and more fundamental underlying dynamics.

Bush arguably benefited from having the most strategic perspective possible on this challenge, yet he candidly admitted that he had been surprised by the crisis. “It turns out that there are a lot of interlinks throughout the financial system. The system had grown to a point where a lot of people were dependent upon each other, and that the collapse of one part of the system wouldn’t just affect a part of the financial markets; it would affect the average citizen.”

Presumably many listeners were nearly as shocked by the president’s surprise at those interconnections as they were by the crisis itself.

Shortly after, Alan Greenspan, the then-Chairman of the US Federal Reserve Bank declared to Congress that he had suddenly realised that his model - the underpinning logic of US monetary policy for decades - was fundamentally flawed.

“That’s precisely the reason I was shocked because I had been going for 40 years or more with very considerable evidence that it was working exceptionally well.” These were the words of arguably the greatest monetary authority in the country. The Bush-Greenspan commentary was the result of applying past logics to new questions.

Governments move best when there is clear evidence and analysis. In Finland, for example, any political reform invariably starts by examining the alternative existing models. To improve healthcare systems, for example, we might analyse the Danish, Swedish, and Norwegian models first, then adopt a variation of whichever one is deemed best.

But what happens when there is no precedent to analyse? This simple question will challenge our whole public sector’s way of doing.

It will be a question not just of good government but of actual survival.​​

What the subprime crisis made evident were the limits of our 18th century model of governance, cracking under the pressure of an increasingly complex world. This model has politicians chart visions and public servants technically support them in getting there; it uses linear models of planning and past performance as the basis of decision making.

That may work in a predictable world, but what happens when governments are confronted with increasingly ambiguous challenges?

Governments are facing challenges they are unequipped to address, let alone resolve—issues like climate change and ageing populations. Most governments are good at administering or improving existing solutions.

But to be viable in the future, governments will increasingly need to have the capacity to redesign the way they conceive and deliver new solutions: They will need to innovate the model of government itself.

For the first time, the word innovation is on the lips of an increasing cadre of politicians and public servants. But is this innovation agenda transformative? Or is innovation the new shiny object, designed to distract us so government can continue in its predictable and siloed logics?

We are at a critical cusp where innovation will either be synonymous with transformation or the status quo. If we choose a transformative role, then the stress levels in government ought to be rising fast. “OK, we get it. Do we have the talent, the experience, and a strategy to respond?”

Towards an experimental culture in government: reflections on and from practice

Five reflections on how we can make better use of experimental approaches in government.

Experimentation for all: Investing in what kind of organisational capacity?

InWithForward's Sarah Schulman on why we need more experimentation in the social sector to improve citizen outcomes.

Glen Mehn, Head of Development Innovation at Nesta talks all things serendipity, and gives some practical advice on how innovation labs and teams can make the most of happy accidents.