Head of Development Innovation at Nesta 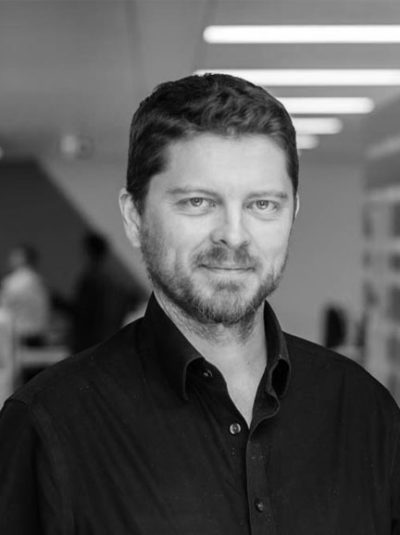 His role is to work with organisations around the world at the sharp end of social problems, and help them approach those problems in an innovative fashion.

Glen Mehn, Head of Development Innovation at Nesta talks all things serendipity, and gives some practical advice on how innovation labs and teams can make the most of happy accidents.

There is a very old folktale that dates back to the Sassanid Empire about the Three Princes of Serendip, who travelled the world, making discoveries. These seemed to be accidental, but the discoveries were reinforced by the princes’ wisdom in recognising and taking advantage of these apparent accidents. During the 18th century the art historian and antiquarian Horace Walpole brought the word “serendipity” into the English language based on this story, in which the heroes were “always making discoveries, by accidents and sagacity, of things they were not in quest of”.

Most dictionaries define serendipity along these same lines, such as this one from the Oxford English Dictionary: “The faculty of making happy and unexpected discoveries by accident”.

What they leave out, however, is what Walpole calls the “sagacity”: it is not enough to only experience the accident, we must also be prepared for it.

Making the most of “luck”

Isaac Asimov, the scientist and science fiction writer, says the most interesting sound in a lab isn’t “Eureka” but “hmmm, that’s funny”. For example, German scientist Wilhelm Röntgen was trying to understand properties in cathode rays when something in his lab unexpectedly started glowing. This led him to shift his research to understand this new phenomenon, and within a few short months he had taken the first picture inside of a living human body – an x-ray of his wife’s hands.

More important than luck, however, is to both notice and take advantage of the chance encounters that exist.

Although it’s often implicit rather than explicit, the core job of an innovation lab could be said to engineer serendipity.

The more visible services that innovation labs often provide are building networks, providing resources, developing skills, and offering space: each of these lend themselves to either presenting more opportunities (the accidents above) or giving innovators the ability to take advantage of those accidents.

These are quite likely the most important factor for the long-term success of projects that come out of an innovation lab. Networks can provide advice and support, users and customers, partnerships and investment, and reputational support. All of these are paths through which happy accidents can come, and they are often not apparent when they occur: a meeting with an investor can turn into a new member of an advisory board; a customer acquisition meeting can turn into an investment; and we all know the benefit that a powerful supporter can lend through reputation.

Money, equipment and subject-specific expertise can help would-be innovators to take these happy accidents and work out what to do with them. When Alexander Goodyear was trying to find something to blend with rubber, he accidentally dropped his rubber/sulphur mixture on the stove, which led him to creating vulcanisation. But he had already nearly bankrupted himself before finding a successful formula.

These are not the core skills for which one is hired, like engineering, law, or accountancy, but rather innovation skills, attitudes and competencies which are required to not only recognise, but also capitalise on these accidents when they happen. These are the skills and competencies that allow an innovator to not only focus deeply on the task at hand, but to be flexible and adaptable to changes in direction and therefore to recognise and take advantage of opportunities as they arise. Habits of learning and reflexive practice can help with this.

Finally, taking advantage of these accidents requires space – this might be time, physical space, or facilities. It is what gives a would-be innovator who has that “Hmm... that’s funny” moment the ability to follow that question along to the moment where she or he says “Eureka!”

The four types of serendipity

Ohid Yaqub, a biochemist turned social scientist at the Science Policy Research Unit at Sussex University in the UK, has done a historical analysis of serendipity across several hundred examples, and he has classified these into four types:

While Yaqub’s research is at a very early-stage, his models can inform reflection sessions and provide frameworks to people running innovation labs in order to help them recognise interesting potential avenues to explore that may not be strictly in their areas.

How labs can engineer serendipity

It is important for policymakers and those who run innovation labs to recognise that, whilst there is an element of chance in innovation labs, hard work is also required to take advantage of that chance.

Beware of big goals; be micro-ambitious

Public sector innovation labs often start with major goals: to transform the public sector, integrate health and social care, build a more equal society. These goals can be too lofty. Much like the glass beaker that turned into bulletproof glass decades later, it is important to focus on the lab’s immediate tasks: as comedian Tim Minchin noted, “If you focus too far in front of you, you won’t see the shiny thing out the corner of your eye.” This is another way of thinking about experimental culture.

Allow things to take their own path

Often in the public sector, someone is hired and tasked with innovation. A city planner might be tasked with solving a transport problem, only to discover something new whilst experimenting – perhaps, for instance, around ambulance scheduling, which is to do with transport but not strictly their job. Allowing that exploration to continue can generate significant learning opportunities and lead to significant impact.

Focus on teams, not individuals

Nearly everyone in an innovation lab want to be Steve Jobs, but almost nobody wants to be Steve Wozniak. Both of these Steves were necessary to get Apple going. We all have things we’re good at and things that we need help with. Assembling a team with the right collection of skills can be the difference between successful projects and not. It means that you’ll have more chances to see the happy accident, and more skills and opportunities to take advantage of it.

A culture of reflection is one of the core competencies and behaviours in successful innovation teams. It not only allows teams to identify what’s gone wrong and how to fix it, but also to share learning and, by identifying and sharing what’s happened, teams can get a chance to understand what opportunities there are. For example if the team, unlike Wilhelm Röntgen, didn’t notice a flickering light in the corner, then talking about it could bring that up – or identify that a different team member’s project could benefit.

Behaviours that fuel an innovative culture in government

Alongside new skills, we need to think about the attitudes, behaviours and mindsets that underpin them.