Lessons from a pilot learning program

Head of Learning, States of Change 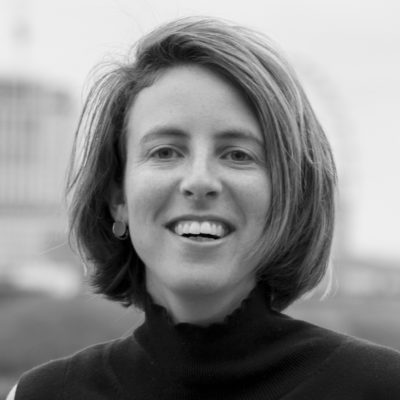 Nicole is curious about how things work, and how they might work. Helping government teams build fabulous innovation capabilities.

Pilots don’t have to be perfect. But if we learn the lessons we can from them we can improve the next version.

We’re interested in making learning experiences that move from methods to mindsets, that empower teams and make space for experimenting with new ways of working, doing and thinking in government. We piloted a learning programme in partnership with the Victorian Government in 2018 to try just this. We chose to pilot the programme because we believed we had an effective solution but wanted to understand how it worked in reality. We needed to test our assumptions about what worked.

Here’s what we learnt:

Working with others is vital for learning

Building empathy with users, citizens and stakeholders to understand an issue and then designing and testing possible solutions with them is an important part of the innovation process. And it all relies on having meaningful access to these people.

For some teams, the layers of bureaucratic protection (of which some is, of course, warranted) proved a bigger barrier than expected. On the upside, we saw resilience, flexibility and creativity in how teams found and got access to these stakeholders.

In the selection criteria for the next programme, the teams’ project required a core focus on community outcomes and a demonstrable connection, access and/or history with working directly with these users and citizens.

Don’t forget about rehearsing the skills away from the classroom

As a pilot, we learnt a lot about programme rhythms and pacing, particularly across a programme that was 9 months long and had 21 days of face-to-face training. We anticipated this length and intensity would be challenging. We designed it to ensure a sustained learning experience that had teams learning in-practice and rehearsing their new approaches in their organisations.

However, over the programme the energy of learning tended to favour the in-person sessions, and created a subtle dynamic that says learning happens only when you’re in the ‘classroom’. While this form of learning is a vital part of the programme, it’s not always where the real learning happens. It’s not where teams are faced with the consequences of decisions in real-time and faced with managing the day-to-day functions and dynamics of their organisational environment.

For the next iteration we’ve shortened the programme to 6 months to compress the energy and intensity and mitigate individual and executive mobility across the public sector. We’ve also emphasised and structured better the in-practice periods as the place where the actual learning happens as teams rehearse and try out new approaches and ways of working, doing and thinking.

We design programmes around teams as the unit of learning. Team dynamics were always going to shift over the course of the programme; some people would move onto new roles, there’d be inevitable challenges (and tensions) but we hoped that all teams would eventually find their rhythm and that rhythm would be productive for learning. But some teams faced barriers including

We think that making the team dynamic a psychologically safe environment allows teams to flourish. We’ve been looking at micro-behaviours; at how you speak to others, how do you act around others, and at building trust in more depth. This supplements the tools for better rhythms and ways of working.

Also to keep people committed, they need ‘skin in the game’. In the current programme, we’ve asked teams to pay for their own spot (rather than be paid for by another government sponsor as was the case in the pilot) making it something they’ve chosen to commit to.

Testing the real, invisible and imagined barriers is hard

We all face barriers and constraints in what we do, and spotting the difference between the real, invisible and imagined ones isn’t easy. We encouraged teams to do just this and gave them some tools to spot where they could change their way of working. Finding this flex in the system is crucial to doing things differently.

Not all teams were able or willing to try this out. We found that there was sometimes a reluctance to influence the existing and future shape of their environment. This is not a unique challenge, it is often easier to go with the status quo, yet it’s integral for teams to take ownership of change to properly create cultures of innovation within government.

To help them do this we are creating more opportunities for different roles to learn together; between those who lead innovation, those who manage innovation and those who do innovation. It’s across all these roles that more effective learning becomes possible. We’re also spending more time getting to know our cohort as individuals. Understanding what it is that motivates and inspires them. Identifying the different ways, styles and forms that people influence and change their environments.

We know that the more supportive your colleagues and leadership team are the better the conditions are for learning. This supportive environment encourages teams’ willingness and ability to challenge the status quo and take constructive risks.

What we didn’t expect was the extent of the impact that executive changeovers had - the loss of an early supporter diverted the trajectory of teams significantly. It reminded us of the importance of building a coalition for change.

This time we’re distributing the ownership so we’re not putting our eggs in the same basket. We are changing the language from ‘sponsor’, which could suggest passive involvement, to ‘executive leader’ which we hope presents the role as more active. This also doesn’t need to be one person it could be many.

We’re also asking for more specific and visible sharing between teams and their colleagues when they return to their environment. It’s important that the participating teams are not only supported but accepted, by the people they work with.

Don’t be scared to document what you learn

We learned constantly about what components of the programme were working or not at the midpoint, the graduation, and after the show and share session. This continuous reflection and recording of what works and what didn’t is crucial to improving on what came before. It’s part of the all important process of reflection. The lessons here have been adopted into the second iteration of the learning programme, which launched in Australia in March. We’ll be sharing our lessons from that too.

Think about it: Making the case (and space) for reflection

The habit of reflection can increase the innovation capacity of public sector workers - we discuss why and how.

The challenge of innovation pilots

How can we go beyond “innovation theatre” and reports doomed for oblivion, and instead use innovation pilots to accelerate learning? Colombia's Public Innovation team & Nesta's Innovation Skills team share their lessons learned.