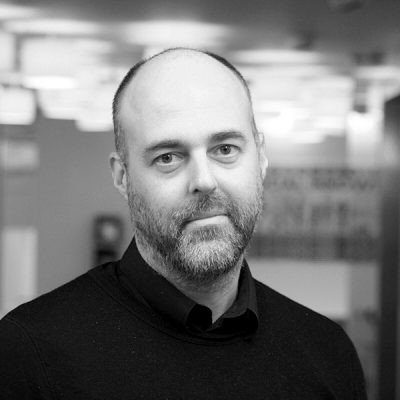 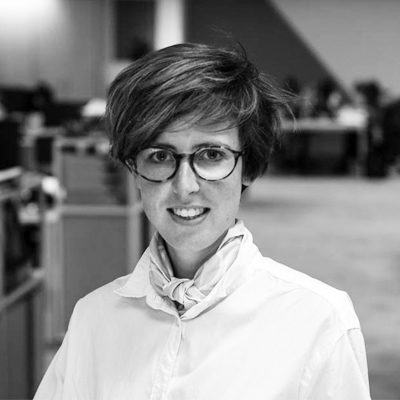 Nicole is curious about how things work, and how they might work. At States of Change via Nesta. Helping government teams build innovation capabilities. 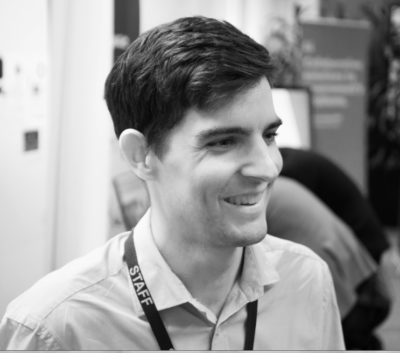 Rob is a Senior Program Officer in the Victorian State Government, and par of the Public Sector Innovation team at the Department of Premier and Cabinet

Since April, 10 teams of public servants in Victoria, Australia have been taking part in the States of Change learning programme. Their most recent training week - the last in the ‘Fundamentals’ phase - brought with it many ‘ah-ha’ learning moments. The baton of responsibility was also passed onto the teams to to pay it forward and continue spreading these different ways of working into their government departments.

The States of Change team touched down in Melbourne, Australia again last month for the third and final week of the ‘Fundamentals’ phase of our States of Change learning programme in Victoria. During this three-month phase, the teams have been through a process of intensive skill development while working on their live projects, which they’ll now be putting into practice over the next five months in the ‘Activation’ phase.

The objective of this final training week was for teams to learn how to validate and legitimise their potential solutions, and how to prepare their organisations for change. States of Change facilitators Bas Leurs and Brenton Caffin were joined by faculty member Juan Felipe Lopéz, the former chief executive of Chile’s Laboratorio de Gobierno.

Throughout the Validate week, we focused on the following themes:

As we discussed in our last blog on the Trial and Error session, the pace of the learning programme and the pace of live projects inside government can never be perfectly aligned. This means that the 10 teams and their challenges are all at different stages, with different forms of hypotheses to test.

The week began with the teams mapping their projects against how much they knew about their problem and solution. We then introduced the teams to a new tool - a ‘decision tree for running experiments’ - to help them set their own direction for running an experiment, depending on where they were in their project’s journey.

This exercise helped them to focus on how they might validate their hypotheses and solutions; how will they know if they work? By also returning to the Theory of Change exercise we did back in May (reiterating this is a ‘theory’, and so should be constantly revisited and adapted), teams were able to re-evaluate their assumptions they’d had at the beginning of their projects.

On the second day we continued with the theme of creating legitimacy, and how they can build a case to support their intervention. We reflected on the external evidence the teams have used, as well as their own evidence they have started to generate for themselves. We also looked ahead to what type of evidence teams ought to use, when, and for who - and importantly, what to capture to build that case for change.

The second part of the week focused on developing the teams’ own sense of agency so that they felt confident to spread what they’ve been learning within their organisations.

Drawing on his experiences from LabGob, Juan Felipe led a session on storytelling, highlighting a bias in government towards public policies (through data and words) over people (through images and stories).

The teams then worked through some exercises to structure compelling stories for change to use with different audiences across their project work, focusing on three elements of a good story; the problem, the audience, and the inspiration.

This also built on previous work the teams have done around communication on visual thinking and prototyping, where they had to ‘build first’ and then ‘show’. We are seeing a marked confidence in new and different ways of communicating.

By virtue of being on this programme, each of the teams have become change agents within their departments. We are finding that many of the teams are getting requests to share their ways of working, new tools and worksheets (and their sharpie and post-it note stash!) across their departments after their training weeks.

In order to support them to do so, the teams were introduced to the principles of learning design and given a copy of the Playbook for Innovation Learning. The aim is for the teams to have more confidence and structure in paying these lessons forward to a wider government audience, and all the teams were immediately excited by the opportunity these new tools gave them.

The week culminated in a ‘show and share’ event attended by the teams' executives, colleagues, representatives from the broader public sector and unusual suspects external to government. The teams proudly presented their learning journeys from the past five months: their challenges and stumbles, as well as their 'ah-ha' moments and breakthroughs.

After the focus on how to build legitimacy and agency for change, the show and share was an opportunity for teams to rehearse their storytelling and leverage their access to others in order to build buy-in for their projects and processes going forward.

With so many people dropping into the session, there was an exciting buzz as each team took the spotlight for three minutes to share their experiences in front of stations they had created, using “any means necessary” to tell their story to a range of audiences.

The energy of the entire afternoon was high, and the teams demonstrated impressively how far they have come since the first workshop back in March. These moments of sharing also highlighted some broader learnings:

Teams have once again returned to their offices to continue rehearsing new behaviours and ways of working. The cohort spent some time during the week shaping their own rhythms and rituals to continue over the next few months, identifying ways to keep themselves accountable. These will be supported with ongoing mentoring calls and reflection activities, before we all reconnect in person mid-September for a two-day retreat.

For us, this final ‘Fundamentals’ week had a different tone, partly due to where the teams are in their learning journeys. Now is the moment they are increasingly becoming their own agents of change. We are confident that after this week of training, and the months of work that have come before, the cohort are in an excellent position to go forth, put their skills into practice and confront the inevitable challenges with a new-found curiosity and creativity. Good-luck!

Getting real: building prototypes and coming together as a cohort

Looking back at the 'Trial & Error' training week of our learning programme in Victoria.

A reflection on the latest training week from our public innovation learning programme.

States of Change in Victoria: Week one

Looking back at the first week working with the Victorian civil servants in our learning programme.

We'll cover news from labs and governments, resources, insights from the community and anything else we think worth knowing. We’ll also share news from States of Change, like our events and programmes.

We won’t ever share your details, and you can opt in and out at any time.