Government innovation and the failure fixation 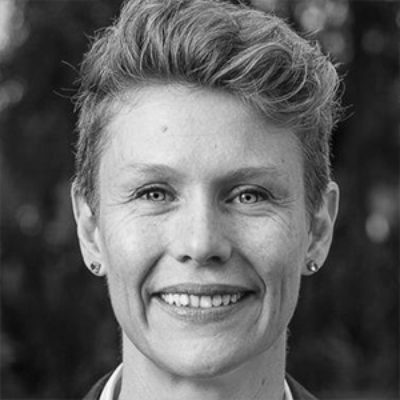 Sam Hannah-Rankin is Director Public Sector Innovation at the Department of Premier and Cabinet in the Victorian State Government (Australia), and a States of Change faculty member. In this piece, she argues that the public sector needs to embrace failure in order to learn what works.

This story was originally published on Sam's LinkedIn profile, you can view the original here.

Why does innovation in government so often focus on failure and the risk aversion of the public service?

I see four major issues with this narrative:

1. Risk and failure aren’t unique to innovation. Risk is inherent in every single thing that organisations (and people) do. Hiring people is risky. Processes fail all the time. Systems tank. All have the same outcome - our public isn’t adequately served.

But our thinking in other areas of service delivery or policy development isn’t premised by focusing on how we’re going to deal with failure. Why is innovation - the act of trying something different to create value - somehow more risky than continuing with a status quo that we know is not working?

2. We talk a lot about ‘risk averse public servants’, but we know from behavioural science that reference to stereotypes actively reinforces the stereotyped behaviour. By leading with risk and failure, we’re focusing our attention on areas that actively breed fear about innovation.

It’s fundamentally unproductive - we’ve had decades of editorial about the risk aversion of the public service without any material change aside from the ongoing increase in conference ticket sales.

3. There is an overly-simplistic binary in absolute terms like ‘failure’ and ‘success’, which suggests that there are only two possible outcomes for new ways of doing things.

Real life isn’t about ‘boom or bust’ - it’s about compromise and context, adaptation and adjustment. If innovation genuinely represents a new approach, we need to acknowledge and embrace that complexity, rather than dismiss it.

4. Finally: if we’re entering into innovation in a way that absolute ‘failure’ is really an option, then we’re doing it the wrong way, particularly in government.

We have charge of taxpayers’ money and the moral responsibility of delivering public value, and arguably we shouldn’t be engaging in ‘all or nothing’ experiments.

So what should we be doing? Learning. Unashamedly and continuously exploring, testing and scaling new approaches that can add value and impact for our public.

Doing this requires constant and iterative adaptation and adjustment as we find what works and bring it to scale. Experiments should be set up to support that cycle and integrate into ongoing systemic change.

In that context, failure doesn’t exist - what doesn’t work only enables us to find out more about what will.

Our obsession with failure in innovation is self-indulgent and counterproductive. As public servants we have to stop focusing on ourselves, and instead think about the risks our public face if we do not take action.

Let’s shift the focus to how government can better explore, test and learn, to give the public the effective and contemporary policy and services it deserves.

Explore the articles below to find out more about the nine-month public innovation learning programme we're running with the States of Victoria.

We're partnering with the Victorian State Government in Australia and the Privy Council in Canada’s federal government to run our 9-12 month programme, which focuses on building innovation capacity by working on real projects and creating culture change.

States of Change in Victoria: Week one

Looking back at the first week working with the Victorian civil servants in our learning programme.

Our 10 public servant teams finish up their training and head back to their organisations to spread new ways of working.